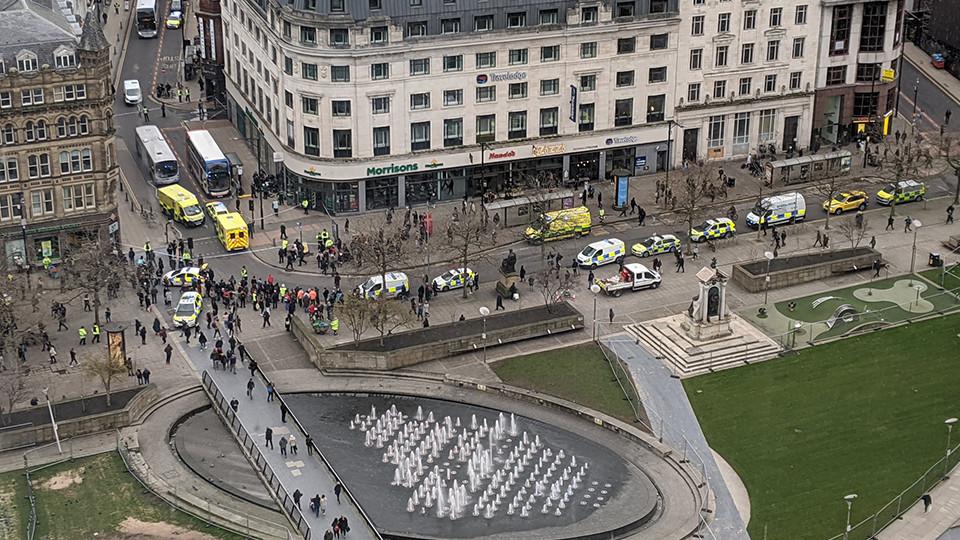 Police have arrested two men – aged 21 and 18 – both on suspicion of section 18 assaults in connection with the incident, which occurred on Monday 10 February 2020.

At around 12.10pm, police were called to reports of an assault outside the Morrison’s store in the Piccadilly area of Manchester city centre.

Two men – aged 42 and 17 – were left seriously injured with knife wounds. The 17-year-old is to be discharged from hospital while the 42-year-old remains in a serious but stable condition in hospital.

The arrested 21-year-old man has been remanded in custody for questioning.

The arrested 18-year-old man is currently in hospital receiving treatment for a serious stab wound sustained during a separate incident that occurred in Collyhurst shortly after 8.30pm on Wednesday 12 February 2020.

No arrests have been made in connection to the incident in Collyhurst and enquiries are ongoing.

Superintendent Chris Hill, of GMP’s City of Manchester division, said: “This incident was an awful attack in broad daylight and our priority thereafter has been to work extensively in trying to identify the offenders.

“While we have made two arrests, our enquires continue for this incident and we are keen to reassure the public that we are working thoroughly to ensure that this investigation results in bringing the culprits to justice.

“We continue to urge members of the public who were around Piccadilly on Monday (10 February 2020) lunchtime to come forward and continue to aid this investigation.”

Anyone with information should contact police on 101 quoting incident 1199 of 10/02/20. Details can also be passed anonymously to the independent charity Crimestoppers on 0800 555 111.