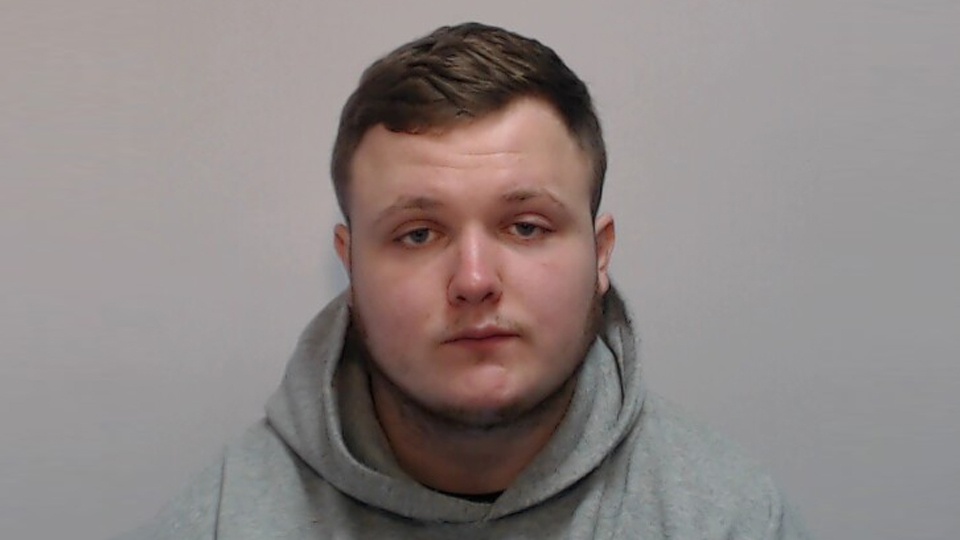 A man from Tameside has been jailed for drug and child sex offences.

20-year-old Joel Chadwick of Wilshaw Grove, Ashton-Under-Lyne has been sentenced at Minshull Street Crown Court to two years and five months in prison and issued with a Sexual Harm Prevention Order for ten years after pleading guilty to eight offences including offences including engaging in sexual activity with a child, engaging in sexual communication with a child, making indecent photographs of a child and offering to supply controlled drugs.

He was also ordered to sign the sexual offenders register for ten years.

The court heard how Chadwick had been engaging in an online conversation with a girl he knew was underage but despite this, he encouraged her to share explicit images with him.

Chadwick later arranged and paid for the girl to travel to Manchester from Birmingham to meet him. He took the girl back to his home where he recorded himself having sex with her.

Officers were called to concern for the welfare of a girl and following enquiries, she was located and safely returned to her family in Birmingham. Chadwick was immediately arrested and detectives later discovered items and messages on his mobile phone showing that he was offering to supply controlled drugs.

Detective Constable Mike Allen of GMP’s Tameside Child Sexual Exploitation team, said: “Firstly I'd like to pay tribute to the victim and her family for having the bravery to support our investigation and the courage to give evidence at trial and face the offender. I hope this result gives them confidence in the authorities and provides them with a sense of justice whilst coming to terms with these horrible crimes.

“Chadwick was well aware of the age of this girl yet he failed to safely reunite her with her parents and proceeded to service his own sexual perversion. I hope today’s sentence serves as a stark warning to offenders that if you are found to be communicating with children to satisfy your sexual desires or for any other inappropriate criminal purpose, then we will do the upmost to ensure you face the consequences of your actions.

“I would also like to take this opportunity to encourage young people who are - or anyone else who suspects a young person is - being inappropriately contacted by an adult via the internet or any other channel to report it to an appropriate adult or agency - whether that be a parent, carer, teacher, support services or the police. Ensuring that victims are safeguarded and offenders face justice is one of our highest priorities and we are absolutely committed to tackling child sexual exploitation.”