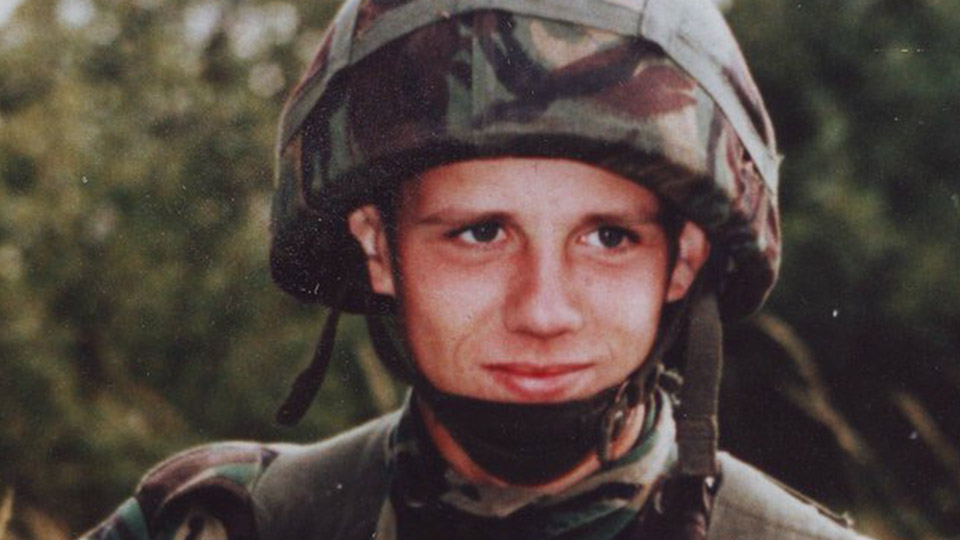 A special dedication ceremony will officially name a local road in honour of a young Rochdale soldier tragically killed in action.

Seventeen-year-old Fusilier Conrad Cole of the Royal Regiment of Fusiliers died when a US Air Force ‘tank-buster’ jet launched an attack on a British armoured vehicle during the first Gulf War in 1991.

On Wednesday 26 February, the anniversary of Conrad’s tragic death, his family and friends will gather at the special ceremony to officially name Conrad Cole Road on a new housing development in Kirkholt.

Councillor Billy Sheerin, Mayor of Rochdale; Councillor Janet Emsley, cabinet member for the armed forces, and ward councillors will also be in attendance.

Military personnel from the Fusiliers, including some of Conrad’s former comrades, will march through the local community prior to the dedication service.

Conrad Cole Road is located on a new development off Balderstone Road, which has been developed in partnership between Rochdale Borough Council and Gleeson Homes.

The ceremony begins at noon and will include prayers, led by Rev Margaret Smith, the laying of wreaths and special tributes to Conrad.

Following the service, refreshments will be served at the Strand Community Hub.

Councillor Janet Emsley, cabinet member for the armed forces, said: “This will be a moving and poignant day as Conrad’s many friends and family gather to pay their respects. It is nearly 30 years ago since Conrad’s tragic death, but he is never forgotten.

"This lovely idea will be a fitting and lasting memorial to a very brave young man, who died protecting the values, liberty and freedoms we cherish so much.

"I know how proud Conrad’s family are that a road is to be named in his honour by the council, which was instigated by Councillor Richard Farnell, and Gleeson Homes. Our armed forces community is a family that always come together to reflect, remember and honour the fallen. Lest we forget.”

Colonel James Denny, regimental secretary for The Royal Regiment of Fusiliers, said: “It is a great honour to be part of today's event and the very least we can do to honour Fusilier Cole's service with the regiment.

"As we say in the regiment once a Fusilier, always a Fusilier so this touching tribute will create a lasting memorial for Fusilier Cole for many years to come.”

Arron Passarelli, regional managing director at Gleeson Homes, said: “I couldn’t think of a more poignant dedication in honour of Conrad who was so tragically killed whilst serving his country on the frontline.

"We are proud to have worked with Conrad’s family and Rochdale Borough Council to help deliver this lasting and fitting memorial to a very brave young man.”