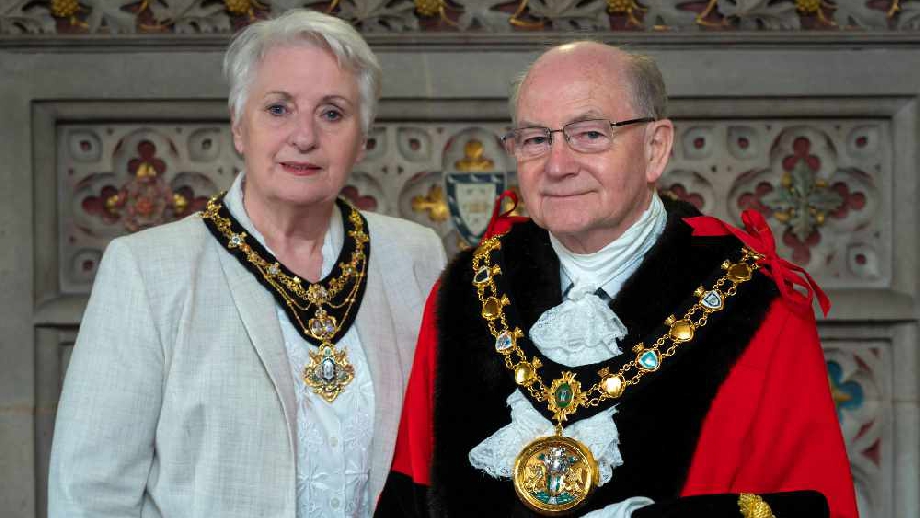 The borough welcomed its new mayor last night as Councillor Billy Sheerin was sworn in to office during a ceremony at Rochdale’s historic Town Hall.

The evening was attended by former mayors, MP Liz McInnes, Deputy Lord Lieutenants Mrs Viv Carter MBE and Mr Ian Sandiford as well as other distinguished guests as the departing mayor, Councillor Mohammed Zaman, handed over the chain of office.

Councillor Shaun O’Neill formally welcomed the election, seconded by councillor Heakin. After receiving the chain the new mayor said words of thanks, before council leader Allen Brett and opposition leader Councillor Ashley Dearnley praised the outgoing mayor and mayoress for their services and hard work over the last year.

The retiring mayoress, Mrs Naaira Zaman, assisted by the mayor’s attendant, then placed the mayoress’ chain on Mrs Lynn Sheerin.

Billy was born in 1944 in Castleton, the son of Joseph and Gladys, a spiral spring maker and a cotton worker. The youngest of three children, he was educated at St Gabriel’s RC School and Rochdale Technical College. In his early twenties he worked as a test engineer at Rolls Royce in Derby. After returning to Rochdale he joined Holroyd Precision Engineers in Milnrow where he progressed to a development engineer. He then moved to Fredrick Greenwood on Belfield as a senior project engineer. He ended his working life with positions at Pifco in Failsworth and then Pulse Home products in Royton.

Billy has had various roles in amateur dramatics for over 50 years, including playing in and producing major musicals. He has been a ward councillor for Castleton since 2012 and assistant to the portfolio holder for adult and social care from 2013. He is also the older person’s champion for the borough. Outside of politics and his theatre work, Billy is a keen gardener and enjoys playing golf, watching cricket, travelling and visiting his family. The new mayor said he was humbled to have been elected Mayor, and will work hard for the borough he loves: “I promise to work hard as an ambassador promoting the area’s rich heritage, and encouraging investment for the benefit for all our citizens and thanking individuals and organisations that have brought success to our borough.” 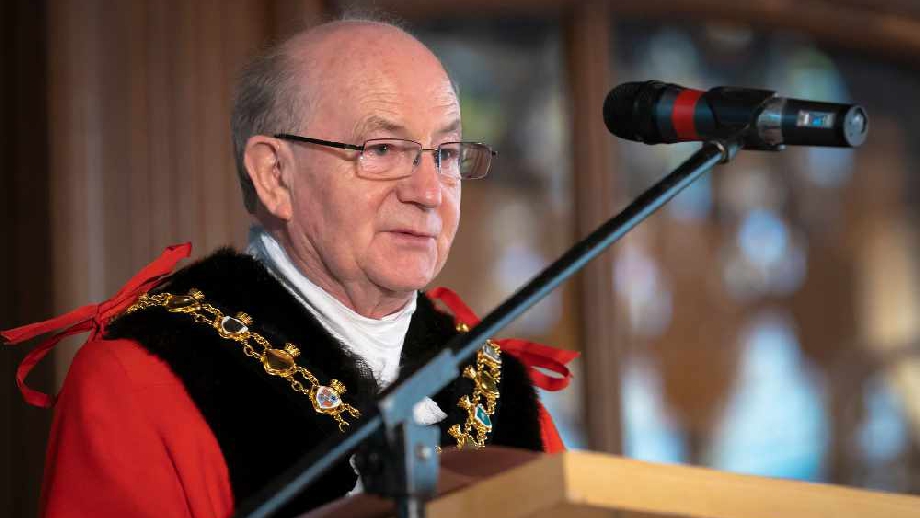 Lynn Sheerin, a former secondary school teacher and the business director of Rochdale’s Curtain Theatre, is also administrator to the Parish of St Gabriel and All the Angels and St John the Baptist RC. With her husband, she has instilled a love of the arts in their children and five grandchildren.

Deputy mayor will be Councillor Aasim Rashid and the deputy mayoress his wife Rifit Rashid.

The retiring mayor, councillor Mohammed Zaman said: “We have thoroughly enjoyed every minute, and we are honoured and proud of the extensive range of voluntary work that we have witnessed in every corner of our diverse and proud community. My daughter Naaira, the Consort Sheraz and myself feel privileged to have represented the borough and met so many wonderful, generous individuals and groups who make a huge difference to so many people’s lives. We would also like to take this opportunity to thank all who organised or sponsored events, donated raffle prizes or made donations to my charity. I have enjoyed such amazing support from so many people, of which I am truly thankful. We wish Billy and Lynn every success.”