Duckinfield newsagent plans to sell booze until 1am through hatch denied 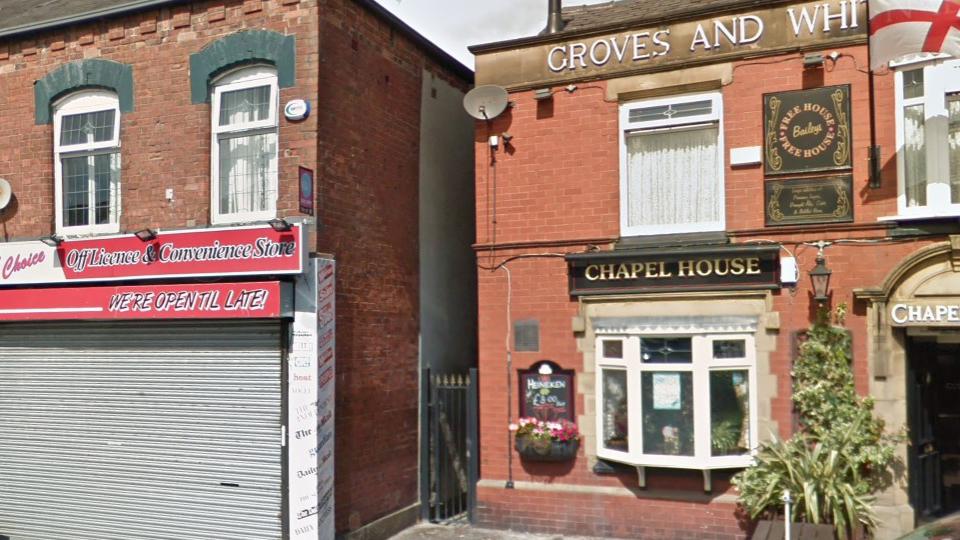 A newsagent’s has been denied permission to sell alcohol through a hatch until 1am after councillors raised fears it could become a booze ‘drive through’ and worsen anti-social behaviour.

Astley News, in Dukinfield, had applied to Tameside council to sell alcohol from 8am until 1am, seven days a week.

Alcohol purchases would be served through a hatch in the door, which the applicant, Hamza Ali, stated would mean customers were served quickly and would not be ‘standing around falling in the street’.

Currently the shop on Astley Street, which is next to the Chapel House pub, is licensed to sell alcohol up until 10pm, Monday to Saturday, and until 9.30pm on Sundays.

Greater Manchester Police had argued there would be an ‘increase in crime and disorder’ which could lead to greater pressures on the force if the application were approved.

And local councillors raised fears that the use of the door hatch could mean it would become a ‘drive through off-licence’, with cars pulling up outside to buy booze.

To ensure public safety, Mr Ali said they would be installing CCTV, and said the movement of bins and rubbish would be kept to a minimum after 10pm to reduce noise.

Bright lights on or outside the premises would also be positioned so they would not disturb nearby residents.

“Any individuals who appear to be under-age will be asked for ID,” he stated.

But a neighbouring resident had objected to the proposals, saying they had ‘major concerns regarding what sort of person would be frequenting an off licence at such a late hour’.

“I feel the shop would become a target for nuisance youths who already congregate (when the shop was open ) on the shop’s metal paper box directly under my front room window),” they wrote.

They said the sale of alcohol until 1am was ‘unacceptable’ and would cause a ‘nuisance to the local community’, affecting the elderly residents of nearby sheltered accommodation, Kenyon House.

“The proposal to serve alcohol through a hatch in the door, gives rise to concern that the premises will be operating as a ‘drive-through’ off-licence, with cars pulling up on the street and causing a noise nuisance,” the councillors wrote in a joint letter.

Tameside’s licensing department had also objected to the application, and recommended it for refusal.

Officers wrote they had ‘great concerns’, especially because of the close location of the newsagents to the Chapel House pub.Regulatory compliance officer Mr Byrne stated the later hours posed a ‘significant risk’ to patrons as they would be able to buy more alcohol to drink at home.

GMP Police Constable Martin Thorley, who acts as the Licensing Officer for the Tameside district, also backed refusal of the later hours.

“I would anticipate that there would be an increase in crime and disorder which could lead to further demands being placed onto the Greater Manchester Police at a time in the early hours when demand on the police service is already at high levels,” he stated.

He added he had concerns over the additional noise and antisocial behaviour caused by customers leaving as late as 1am, and patrons of the Chapel House going there to buy more late-night alcohol.

At a meeting on Monday, January 13, members of the liquor licensing panel denied permission for the extended opening hours, supporting concerns that the plans would lead to an increase of anti-social behaviour in a residential area.

The applicant has 21 days to appeal.