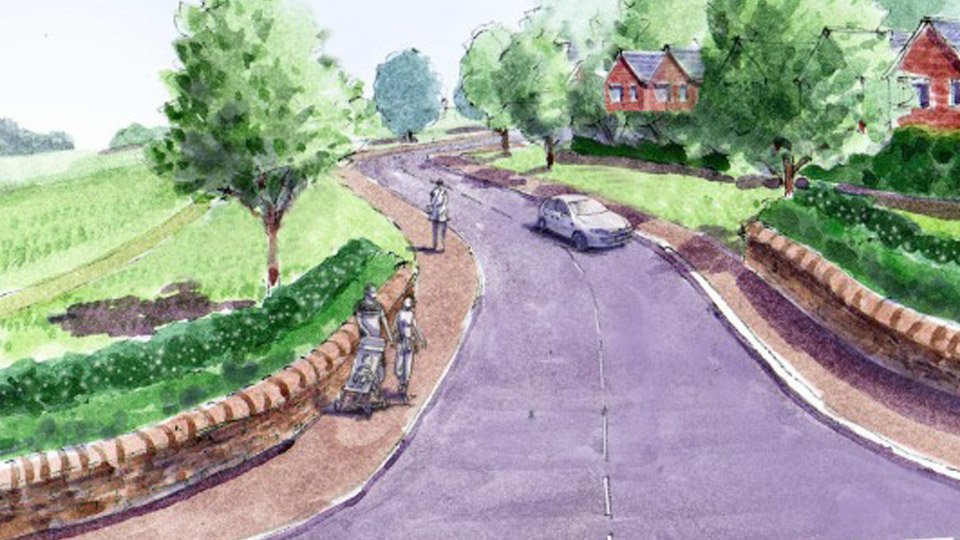 Campaigners are worried green spaces in their villages are being ‘fast tracked’ for development after plans for a new housing estate were submitted.

The firm says the ‘high quality residential development’ would ‘deliver a range of much needed community improvements’ and  ‘play a vital role in addressing local housing need’.

But hundreds of objections have been lodged with the council, just days after the plans appeared on its website.
The proposed ‘Roch Valley’ site – classed as protected open land – is included in the latest draft of the region’s controversial 20-year housing plan – the Greater Manchester Spatial Framework (GMSF).

But there is no guarantee it will remain in the final version –  and campaigners fear planning permission may be granted regardless while wrangling between the government and the GMCA drags on.

An update on the consultation and the GMSF process is expected at this month’s meeting of the GMCA.

It is thought a further bout of consultation – on a third draft – could now be postponed until after next May’s Mayoral elections.

Local leaders say the GMSF will give them control over which areas of land to sacrifice, while the absence of a long-term strategy creates a ‘free for all’ for developers.

But this could be undermined if planning permission is already granted for sites which do not make the final version.
Kate Clegg, vice-chair of Littleborough and Smithy Bridge: Save the Green Belt says the GMCA ‘needs to be clear on the point and power of the GMSF’.

She said, “It’s pitched as a long-term housing allocation plan to provide affordable homes and meet the housing need. Yet all our villages green spaces seem to be being ‘fast-tracked’ for development of executive and aspirational homes while the GMSF sits in purgatory – looking meaningless and like a very expensive waste of time.”

“Residents in Smithy Bridge and Littleborough are understandably concerned that the council will push their agenda to build large numbers of ‘aspirational’, high council tax,  homes on our villages’ green spaces with blatant disregard for public objection and the GMSF which is meant to identify land that could be developed up to 2037.”

Rochdale council has declined to comment on this specific application, having already set out its position that the GMSF is needed to deliver the jobs and homes the borough needs over the coming 20 years.
It cannot prevent planning applications from being made.

The GMCA stance is that planning decisions remain within the remit of individual councils and will continue to do so once the GMSF is finalised.