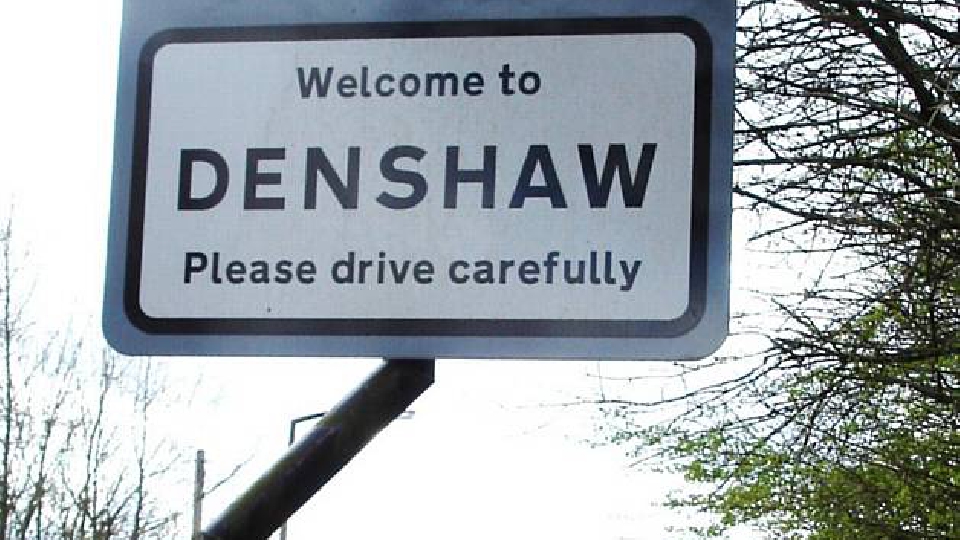 Worried parents in Saddleworth’s most isolated village have raised fears about children’s safety after school bus services have been reduced because of cost-cutting during the pandemic.

And, in an emotional plea to Tranport for Greater Manchester (TfGM) an unhappy father of two says the cuts affecting children in Denshaw are leaving the “most vulnerable in the community without a voice.”

Villager Darren Grafton, backed by other angry parents, said: “Without consumer consultation and under the cloak of lockdown, isolated Saddleworth communities are on the receiving end of yet more cost-cutting and segregation from the very governing bodies they feed and should be served.

“The problem is one of child safety,” he explained.

“Rescheduling and rebranding of four bus schedules into one has left students at one Oldham faith school faced with the harsh reality of either loitering round Oldham town centre, with all the dangers that brings until the school gates open, or running the gauntlet of missing school registration on a daily basis.

“Desperate parents are already trying to think of alternative ways to ensure their children’s safe attendance at school, while returning to work themselves to drive the economy.”

He went on: “The answer is simple. TfGM need to accept their misguided and fiscally driven decision was wrong in the circumstances and make wholesale changes to the revised service.

“For example, the new 356 service timetable needs to be rescheduled to serve the needs of its patrons and service providers need to accept in these times, provision of a small bus with reduced occupancy doesn’t provide the required service.

“And anecdotal evidence is already available, indicating children have been refused entrance and passage on the service that should be taking them to school because the bus was already up to its nine-person capacity.

“In Denshaw alone there are invariably 20 students and other passengers waiting for the 8.05am service to Oldham, which simply doesn’t provide the required level of service.

“TfGM, and more to the point, a complicit council, are failing our young people, placing them in danger without consideration and isolating communities.

“I and a number of parents have petitioned our local MP Debbie Abrahams, but to date it appears her protestations have fell on deaf ears and any further assistance would be gratefully received.”

A TfGM spokesperson said “Under the current system, the majority of Greater Manchester’s bus services are run by commercial operators who are free to decide routes, timetables and set fare levels.

“TfGM has no say in how these services are run, and is not responsible for planning and coordinating the bus network."

"Largely funded by the 10 local authorities across Greater Manchester, TfGM financially supports around 20 per cent of the region's bus services, which run at times of day and in areas where there is a social need, including approximately 300 school bus services.

“TfGM has recently secured more than £2m to run nearly 300 additional trips to support children returning to school where demand is greatest.”

TfGM's interim head of bus services, Alison Chew, said: “We are working hard with operators to reinstate bus services in line with demand, ensuring buses and stations are clean and safe for people to use.

"We are operating in an extremely challenging climate and striving to strike the right balance so that TfGM-funded services serve as many people as possible while ensuring value to the taxpayer.

“The changes introduced to the Rambler service earlier this year were designed to provide overall network improvements and expand links, simplify the local network and reduce duplication.

"We constantly monitor and review the services that we fund, including the Rambler service and the capacity available, and will continue to do so.

"Space remains limited on many services because of social distancing and I'd like to encourage people to plan their journeys in advance and where possible to consider cycling and walking."

“I’ve taken up these serious issues with TfGM, on behalf of local parents, who are understandably concerned about the way the service has been affected by Covid restrictions.

"I have asked for a call with TfGM for them to explain to me how they intend to resolve this totally unsatisfactory position.

"They need to work with Nexus Move, the provider of the service, to ensure that there’s sufficient capacity, whilst meeting social distancing restrictions, for all pupils to get to school in decent time as well as for local residents who depend on the bus service into Oldham.