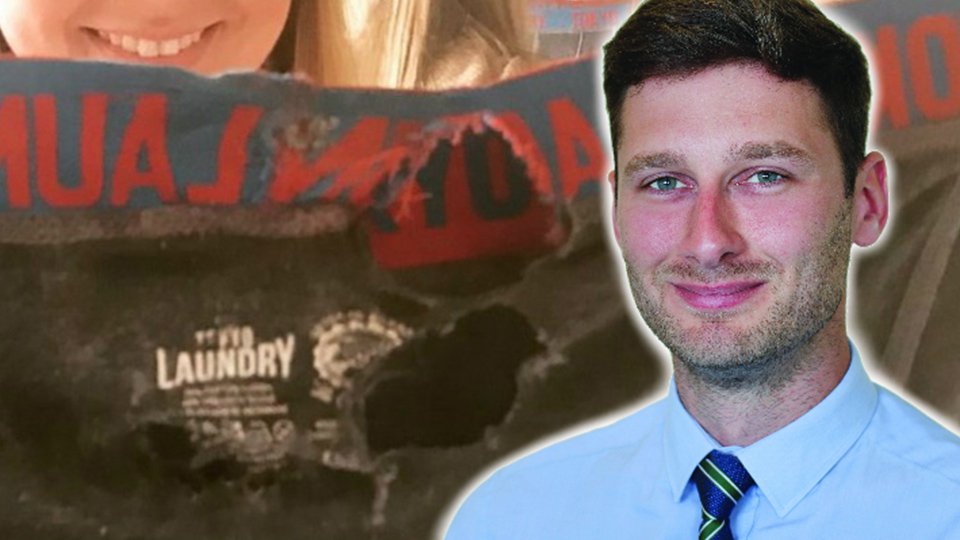 A council leader has defended tweeting a picture of his ripped underpants and telling his constituents he wished his girlfriend was responsible as ‘a joke’.

Oldham’s top boss Councillor Sean Fielding was quizzed by a member of the public as to why he had shared his ‘sexual fantasies’ on social media.

He had posted a photo of his torn boxers with the caption: “Wish I could say that this was the result of Sophie ripping them off with her teeth but in reality we’ve got a broken fin in the washing machine with a sharp edge…”

The tweet, posted in October, has since been deleted.

The Labour politician issued a statement in response to what he dubbed ‘undiegate’, adding he was known for his ‘dry and self-deprecating sense of humour’.

In a public question, which was submitted to full council via email, Rachel Harper asked: “Why did Sean Fielding share his ripped underpants and sexual fantasies on Twitter?”

In a reply published on the council’s website, he stated that as a councillor he was effectively a ‘lay-member of the community’, and behaves like one on social media.

“Whilst I use my Twitter feed to promote both corporate and political messages I also intersperse it with tweets about my daily life and non-political activities that I undertake,” Coun Fielding wrote.

“I like to think that doing so avoids my followers getting bored and illustrates that, despite holding the office that I do, I am just a person from the borough like any other who does normal things.

“I am known for having a particularly dry and self-deprecating sense of humour.

“I acknowledge that not everybody shares such a sense of humour and I will be mindful of this when tweeting in future.”

Coun Fielding, who is from Failsworth, was elected to the top job last May aged just 28, ousting incumbent leader Jean Stretton.