'More must be done to protect human rights in Kashmir' 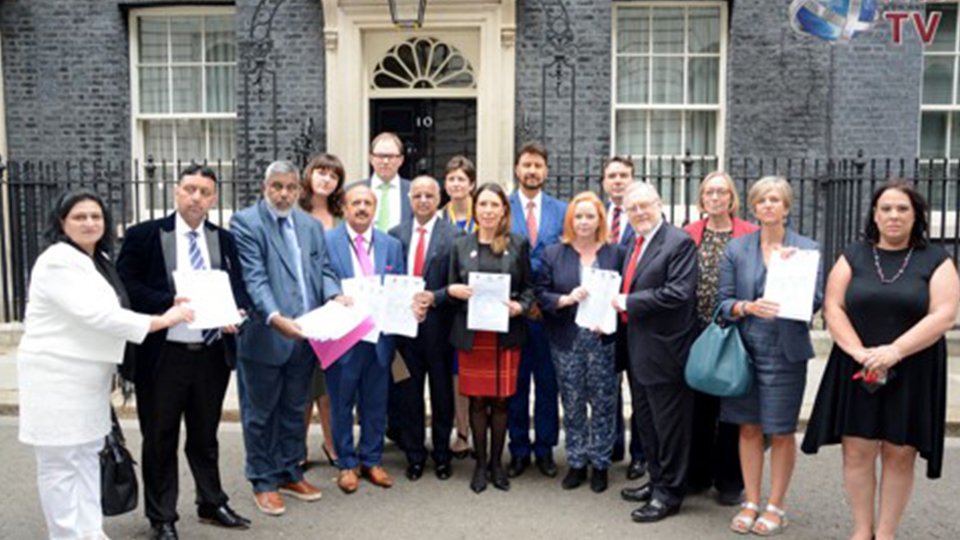 Communities from across Oldham took part in a ‘stand together’ event at Parliament Square, in Oldham, on Saturday 7th September.

The event was organised by Oldham’s Inter Faith Forum which brings together representatives of all faiths in response to the recent escalation of human rights violations of Kashmiri people, following the Indian government’s decision to revoke Articles 370 and 35A in Indian Administered Kashmir.

It is estimated that there are approximately 15,000 residents in Oldham who have links with the Kashmir Region.

Many have not been able to get in contact with family members since 5th August and others have cited concerns about family members running out of food and life saving medication.

There is a total communication blackout in Kashmir by the Indian Government and a significant increase in Indian military personnel stopping meaningful contact with the outside world.

Debbie Abrahams, MP for Oldham East and Saddleworth and chair of the All Party Parliamentary Group for Kashmir, spoke at the rally saying: “The Indian government must uphold the rule of law and protect human rights.”

After the rally Debbie added: “We must keep the pressure up on the Indian government, and our own, to stop the atrocities that the people of Kashmir are suffering.

“Last week at Foreign Office questions, I questioned the Foreign Secretary about India’s decision to revoke Articles 370 and 35A, and the associated actions by the Indian Government, which breach the rule of law, democracy and human rights and our own Government’s response to this, demanding that at the next UN General Assembly they must press the Indian government to uphold their commitments to the UN Security Council resolutions on Kashmir.

“One thing I must add is that it is important to emphasise that our concern is about the actions of the Indian government, and not the Indian people themselves with whom we have strong ties and lived in harmony for generations, especially here in Oldham.”

Debbie has also led a national delegation to deliver a 3,000 signature petition to No 10 Downing Street.

Debbie said: “I’m working closely with the Jammu Kashmir Self-Determination Movement International (JKSDMI), a lobby group of cross party activists, and the wider UK Kashmir diaspora, that is urging the international community, in particular the British and the European Parliamentarians, to support calls for a safe, peaceful, secure and a prosperous future for the peoples of Jammu and Kashmir, and the whole region.

“The petition calls on the UK Government and international community to use all diplomatic and economic measures at their disposal to influence the Indian and Pakistan Governments to ensure democracy is respected and that the Kashmiri people are at the heart of any constitutional reform of the region.

“We must apply pressure to ensure that United Nations Security Council resolutions on Kashmir are respected, including UNSCR 47 which refers to the people of Jammu and Kashmir having the right to self-determination.

“Leaders in the region must also respect the 1972 Simla Agreement which refers to the future of Jammu and Kashmir being determined by peaceful means, as well as uphold the rule of law and protect human rights by lifting the telecommunications black out and allowing independent, international observers to the region.

“We’re also demanding that Government should support the assistance of a United Nations Special Envoy for Kashmir in facilitating a peaceful and sustainable future for Kashmir and all of its peoples.”