Kingsway has highest number of coronavirus cases in Rochdale 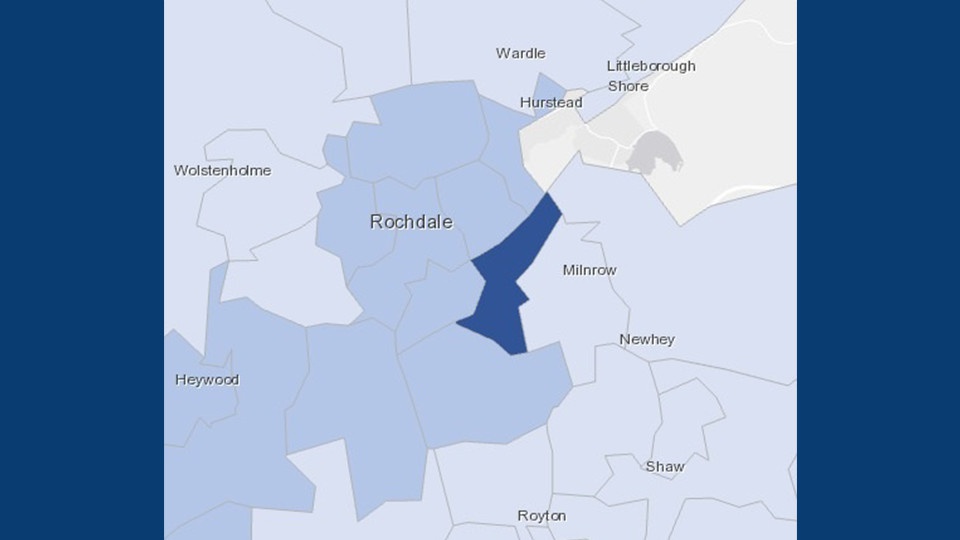 Kingsway currently has the highest number of coronavirus infections in Rochdale.

It recorded 33 cases during the week to September 19 according to the latest figures from Public Health England (PHE) –   significantly higher than anywhere else in the borough.

Back in June it was one of the areas causing officials most concern as Rochdale battled the highest infection rates in the region. But a targeted campaign saw the number of cases drop significantly.

Since then levels have soared across Greater Manchester where all 10 boroughs are on ‘red alert’.

As with neighbouring areas such as Deeplish and Wardleworth, Kingsway has a significant BAME community – many of whom work in low paid, high risk jobs and live in high-density housing.

Now a ‘heat map’ published by PHE clearly shows it  in a deeper shade of blue than those which surround it – on account of its 33 cases over the latest seven day period.

The council says there have been no specific outbreaks to account for this and no targeted support has been put in place as figures fluctuate from week to week.

Kingsway councillor Daalat Ali said he was unaware of any specific problems in the area.

He said: “It’s a national trend, obviously we need to get it under control. I’m very worried, not only for Kingsway but for the whole of the region and country.”

Coun Ali said councillors had ‘made a real effort’ locally, including knocking on doors to get key messages over to residents.

But he blamed the ‘mixed messages, indecision and downright incompetence’ of the government for the soaring rates Greater Manchester has seen since August.

However, he did speculate about some possible reasons Kingsway may be particularly vulnerable.

Coun Ali said the vast majority of its ‘Pakistani’ population was actually Kashmiri and spoke Pahari –  but often received literature in Punjabi or Urdu instead.

Kingsway also has large retail and business parks and Coun Ali said it was possible the number of people who commute or visit from outside the area could be a factor.

Heywood, Heap Bridge and Darnhill saw the second highest number of cases over the seven day period, with 18. This was followed by Heywood Town (17)  Healey, Skye and Shawclough (17) and Spotland Bridge (16).

Rochdale’s current infection rate is 136.7 cases per 100,000 people, which is the fifth highest in Greater Manchester.