‘In principle’ agreement to pay costs of moorland fires in Saddleworth 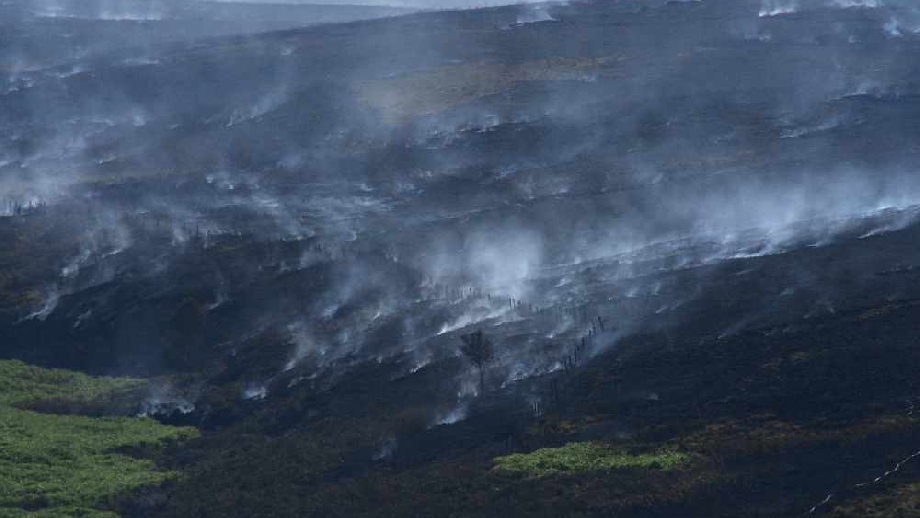 Greater Manchester will be reimbursed the costs of tackling last summer’s moorland blazes, the mayor has revealed.

Andy Burnham said government had agreed ‘in principle’ almost a year on although exact figures – with the combined authority pushing for almost £1m – are still to be finalised.

The city-region had to pay out for additional firefighters from brigades across the country as the fires raged on the moors above Tameside and Oldham last June and July.

And around £70,000 was handed over to the Ministry of Defence for soldiers to help with the response efforts, highlighting the severity of the emergency.

Andy Burnham had called on ministers to pay up as part of regulations covering local authorities for costs associated with life-threatening emergencies.

“It shouldn’t be the case, we’re almost a year on, but yes, we have had word,” the mayor told the Local Democracy Reporting Service.

“Although we’ve not been told how much, we’ve had the commitment that (government) will meet the additional costs that fell to our fire and rescue service.”

Firefighters from further afield, such as Northumberland and Gloucestershire, were drafted in during the fires in last summer’s heatwave.

The blazes persisted for weeks and came within yards of homes in Saddleworth.

Mr Burnham had previously said local leaders felt as if Westminster was not treating the situation with the gravity it warranted.

But he said he had taken the recent commitment in ‘good faith’ and discussions were taking place with the Home Office.

He added: “Let’s be fair, we did make the public call to say this wasn’t right and it has been answered. We look forward to making sure the black hole in the budget created by this will be filled.”

He did, however, express concern that the time it has taken does not reflect well for other areas unfortunate enough to have to tackle similar emergencies.

He said: “It worries me, because perhaps we’ve got a louder voice through devolution, that other areas aren’t able to get their issues on the agenda in the same way.

“We did make a strong call about it and I’m glad the government has responded, but I think they could be more responsive in the future.”

Local authorities are able to apply to be reimbursed for the costs of tackling major events, such as floods and large-scale fires, through the Bellwin scheme.

The GM combined authority submitted its cost estimates to the Ministry for Housing, Communities and Local Government last year.