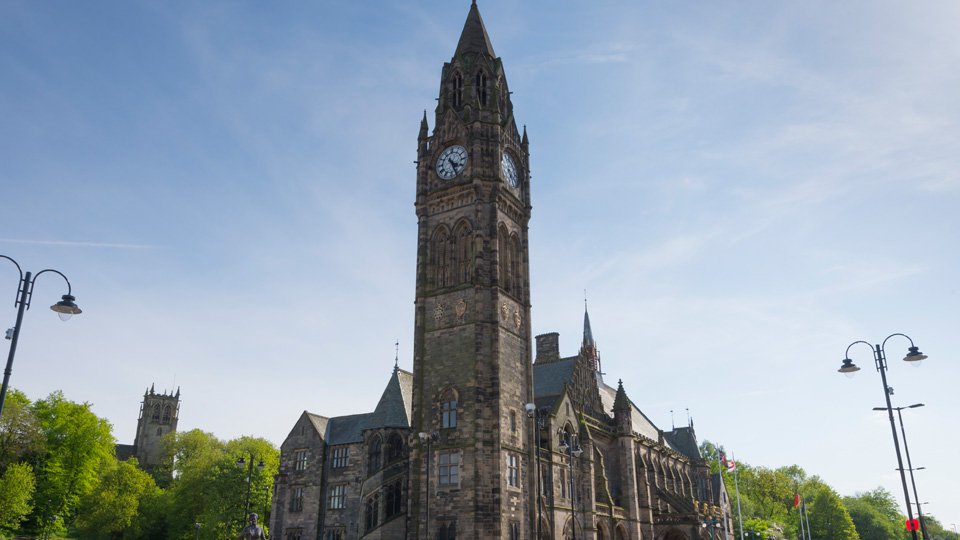 Huge pay rises for housing association ‘fat cats’ have sparked fury among councillors, who claim it is failing to provide even basic services to residents.

Rochdale Boroughwide Housing’s top five executives are to receive a collective salary hike growing to nearly £160,000 over the next three years.

Bosses at the borough’s largest social housing provider – whose regeneration plans for College Bank and Lower Falinge remain hugely controversial –  say the increase will be funded through ‘efficiency savings’.

They also point out that salaries for RBH’s top team have been ‘independently benchmarked’ and that Gareth Swarbrick’s pay packet remains among the lowest in the north west for a social housing chief executive.

But a full meeting of Rochdale council  reacted angrily when Liberal Democrat leader Coun Andy Kelly gave details of the pay rise – and raised concerns over the landlord’s ability to perform its role given a simultaneous freeze on ‘non-essential services’.

Addressing the town hall chamber he said: “If we do not do something about this we will be in no position to be able to stop the demolition of the Seven Sisters and  a lack of proper investment in social housing.”

Councillors accused the landlord of ‘going rogue’ and several councillors called for the council to intervene – despite having transferred its stock to RBH seven years ago.

Commenting on the salary increases Labour’s Coun John Blundell said,  “It’s a crying shame, what’s happening with a local public asset that’s been handed over given they can’t deliver the most basic services.”

He added: “It appears the executive are getting higher pay rises and the actual service is getting worse because there’s no political oversight. They don’t have to respond to us, they don’t have to listen to the public.”

However, Coun Blundell says that – unlike when the council encountered problems with leisure provider Link4Life – there was nothing the authority could do as RBH was totally separate from the council.

His verdict was shared by Coun Neil Emmott, who told the council chamber voting to transfer the borough’s housing stock to RBH was his ‘greatest regret’ as an elected member.

He added that while he felt the provider needed to be ‘reined in’, the council was limited as to what action it could take.

The environment boss added: “I’m not sure they are a valued partner anymore because I don’t think they treat this council and elected members of the council with the respect that’s due.”

However, others felt the council had to bring its influence to bear – regardless of RBH being a separate entity.

Among them was Coun Sultan Ali, whose central Rochdale ward includes College Bank, where four of the ‘Seven Sisters’ tower blocks are scheduled for demolition.

“I feel that it’s unacceptable that the council can turn around and say we can’t do anything, because at the end of the day we are intrinsically linked into this partnership.

RBH can’t present to us as a rogue, not fit-for-purpose organisation and get away (with it) in this borough,” he said.

“We need to take responsibility because we actually handed the stock over to them.”

Coun Ali is one of four councillors on RBH’s representative body. Both he and Coun Linda Robinson said they had voted against the pay rise.
Conservative Coun Jane Howard told the chamber of her shock at hearing the salary hikes for the first time.

“RBH is a mutual, it’s supposed to put tenants at its heart and all profits are supposed to be reinvested in everything they do – not fat cat pay rise for the top five brass.”

She added:“They have gone well beyond their remit, we have absolutely no control over them and something needs to be done about this.”

The chamber also heard from Coun Danny Meredith, who said RBH chief executive Gareth Swarbrick had failed to answer questions over the regeneration of College Bank and Lower Falinge at a recent scrutiny committe.

Coun Meredith said he had now ‘lost confidence’ in the housing provider, given Mr Swarbrick had not been able to say ‘where the people being thrown out of their houses in College Bank were going to live’.

Paul Joyce, deputy chair of the RBH Board, said the landlord was  ‘committed to paying all employees fairly based on their role and responsibilities’

He added: “This is why employee salaries at all levels across RBH have been independently benchmarked including those for posts within our executive team.

“Where salaries were shown to be below the median level for the market, we have sought to address this issue in order to attract and retain talented employees.”

He added that the new pay rates were ‘subject to the achievement of stretching objectives set by the RBH board’.

Lynne Brosnan, tenant and chair of RBH’s representative body, said: “We are really proud of the work that RBH teams do. Our latest tenant satisfaction survey, conducted independently, showed that over 83 pc of tenants are satisfied with the services we provide, with 5pc dissatisfied – and we always aim to do even better.”