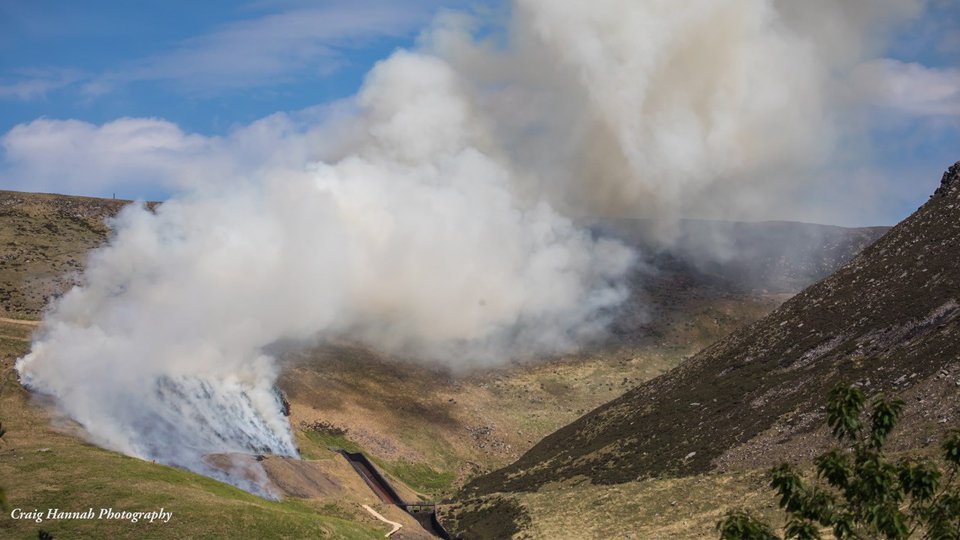 Throughout the night, heavy rain has helped to extinguish the fire close to the Greenfield site, which firefighters were originally called to at around 2.20pm yesterday (Tuesday).

A wildfire officer remains on the scene monitoring the situation, with a number of deep seated fires located.

The rain is forecast to continue this morning and once it stops an assessment will be made on what fire services resources are needed at the scene.

Greater Manchester Fire and Rescue Service's latest update yesterday came at 7.30pm last night after large plumes of smoke had been spotted from far and wide during the afternoon and well into the evening.

The GMFRS update read at the time: "The scale of the fire is now approximately 600m by 600m.

"The joint-operation to extinguish this fire is continuing at an aggressive pace and progress is being made by fire crews on the left flank of the fire and the helicopter on the right.

"We have additional crews and resources en route to the scene to back up the operation into the night."

"Additional hazards caused by wind threatening to spread the fire onto a vast expanse of tinder-dry moorland.

"Specialist fire investigators are on the scene seeking to determine the cause.

"In the meantime, I urge everybody to take extra-special care when enjoying our open spaces at this time of year, in conditions that can easily lead to large outbreaks of fire like this.

From this Saturday, June 6, double yellow lines will be marked along both sides of Holmfirth Road (A635).

Anyone who illegally parks a vehicle on this stretch of road will now face a fine of £70.

Officials used emergency powers to introduce the restrictions after visitors to the site repeatedly caused issues, including blocking the carriageway and footways, and parking over access points.

The order will cover from the roundabout at the Clarence pub to the borough boundary.

"It applies to all vehicles including blue badge holders.

Some of the side road junctions will also be covered to deal with the effects of displaced parking.

Council officials will be monitoring to see if these are needed once the impact of the yellow lines on Holmfirth Road has been established.