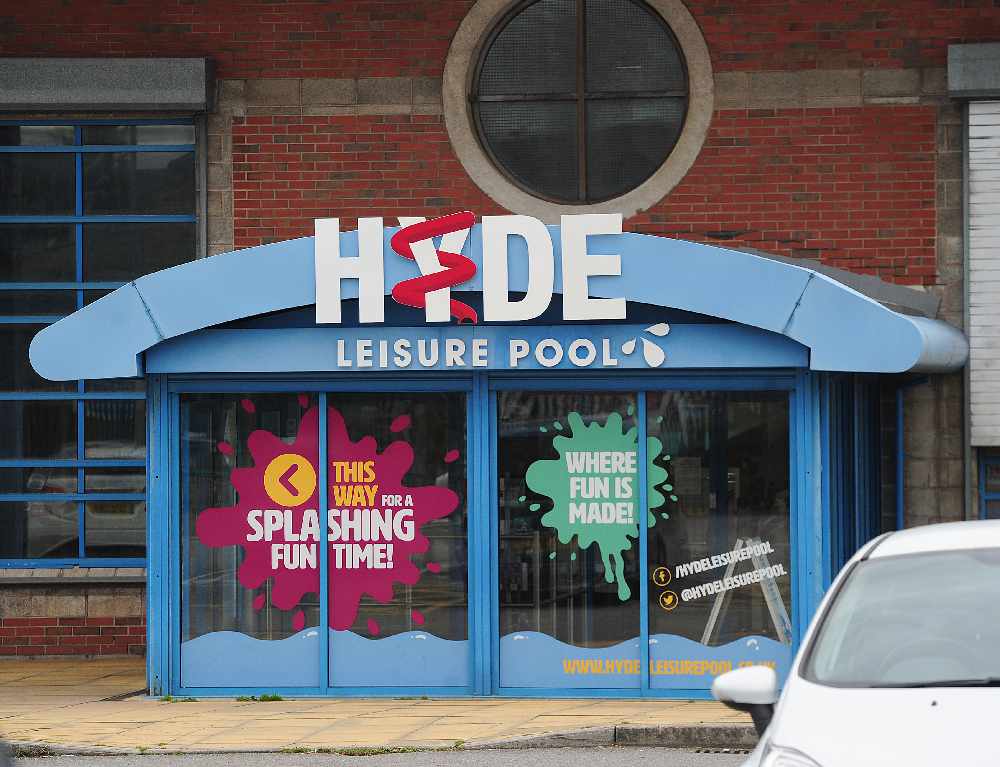 Town hall bosses in Tameside have defended their spiralling investment into the as yet unbuilt Hyde pool extension, amid criticism from the Tory opposition group.

The budget for a new pool at the Active Hyde centre has risen to more than £4m, after the cabinet agreed to spend an extra £570k on the project.

This takes the total cost to £2m more than was originally agreed, without a single brick being so far laid.

Officers say the latest cash is needed to get a new contractor to sign on the dotted line, with the price rise attributed to ‘volatility’ around subcontractors and material costs rising.

At a meeting of the full council, Conservative group leader Councillor Doreen Dickinson raised concerns over the way builders were being signed up for the project, as two contractors had previously pulled out.

The Stalybridge South representative told members the delays to the pool were the fault of the Local Education Partnership (LEP), through which the council was procuring the construction contracts.

The plan to build a new six-lane swimming pool, changing rooms and spectator seating at the site off Walker Lane had been scheduled to begin last May.

But cabinet member for finance, Coun Oliver Ryan defended the authority’s investment and said that the contract was being tendered in the ‘proper way’.

Coun Dickinson said: “I am sure the people of Hyde and the surrounding area will be pleased that the Hyde Pool extension will be finally going ahead, if everything goes to plan and this contractor doesn’t drop out.

“Whilst the cabinet agreed to increase the spending yet again by a further £570,000, the project overall has increased by just short of a million in a little over a year.

“I have said quite a few times in this chamber that the way the LEP procures is outdated.”

She told members the LEP had been set up for the Building Schools for the Future (BSF) programme in 2008 and was ‘duty bound’ to use that style of contract, rather than a traditional construction contract.

“The BSF contracts were designed for building schools, where all the risk was transferred to the contractor designed for multi-million pound building projects, not swimming pool extensions,” Coun Dickinson added.

“The construction industry do not want to undertake a swimming pool extension using a BSF-style contract, and if they do they are going to charge significantly more.

“I believe that if this contract had been to the market using more traditional methods and not through the LEP, people would now be swimming in the pool and the council would be £1m better off.”

But Coun Ryan responded that it was ‘absolutely right’ that they had decided to invest an extra £570k to make sure the project could go ahead.

“This is a big jewel of the crown of Tameside’s leisure estate and it deserves the extra half a million quid that we’ve pledged to put forward to it,” he said.

“The budget has raised considerably.

"The contractor at the time said part of the issues why they had to pull out was Brexit. Things are falling by the wayside, I don’t think it’s true that we’re just now an outlier on that front.”

He added the council had originally tried to tender it directly twice but there was ‘no interest’, which was why the bidding was now being done through the LEP.

“It wasn’t a first option, it was done in the proper way,” Coun Ryan said.

“If the question is why, it’s because Hyde deserves it and it’s a good pool – if the question is how, we’ve actually done it in the right way and we’ve taken legal advice at every stage of it and we’re quite proud that Hyde is now getting this pool.

“When the shovel goes in the ground, we’ll all be there cheering away."