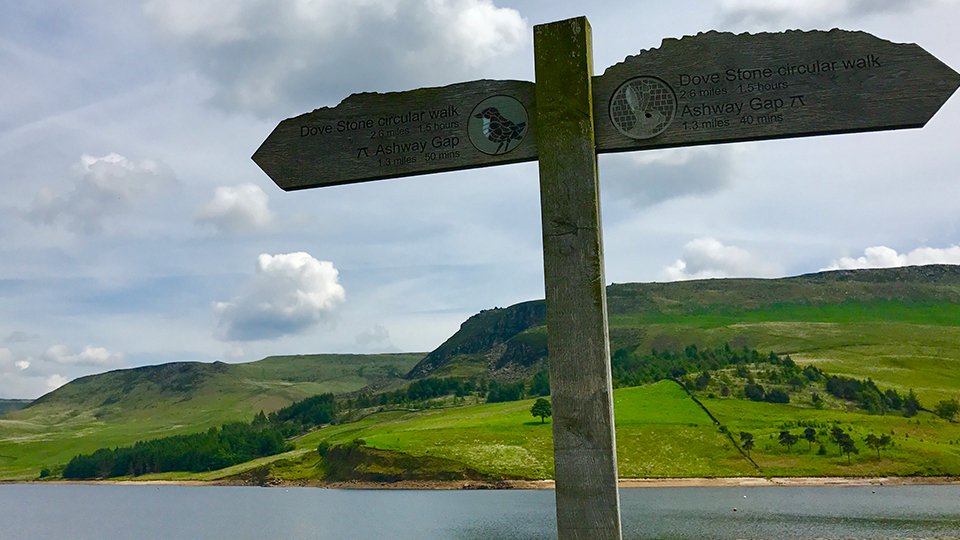 Bosses have used emergency powers to introduce £70 fines for motorists parking on the road to Dovestone Reservoir after 13,000 people visited in just three days.

Oldham council is urging visitors to the beauty spot to ‘act responsibly’  following yesterday’s devastating fire which destroyed a large area of moorland and wildlife near to Holmfirth Road.

At its height the fire covered an area of around 600 square metres of Saddleworth Moor near the reservoir, Greater Manchester Fire and Rescue Service said.

Town hall chiefs and police say they are now taking action after motorists ‘continually ignored’ existing parking restrictions around the reservoir – and fear the easing of coronavirus lockdown could worsen issues.

From Saturday, June 6, double yellow lines will be marked along both sides of A635 Holmfirth Road.

Anyone who illegally parks a vehicle on this stretch of road will now face a fine of £70.

The restrictions, introduced under emergency powers, will seek to tackle issues caused by daytrippers to the site, including blocking the road, pavement, and parking across access points.

There are already existing central double white lines on the road, which means people face getting points on their licence and a police fine if they park on them, but this has not proved a deterrent.

Anyone who ignores the restrictions could now potentially be fined twice.

Council leader Sean Fielding said there had always been a problem with parking at Dovestone but in recent weeks it has got a ‘lot worse’.

“Last week 13,000 cars visited the area over three days – there are only around 150 parking spaces available. We had vehicles double parked on the road and emergency vehicles would not have been able to get through,” he said.

“People may ask why we haven’t done this sooner but putting double yellow lines on a road is always the last option.

“They wouldn’t be needed if drivers parked responsibly and kept to the rules of the road. Hopefully, they will act as a proper deterrent.

“Dovestone is extremely busy – you may what to think of going somewhere else as you could be sat in your car queuing if you go up there.

“If you do, respect the place and residents who live there. Act responsibly and don’t take barbecues up as you are potentially putting lives, the countryside and wildlife at risk.”

The order will cover from the roundabout at the Clarence pub to the borough boundary. It also includes a loading ban to prevent blue badge holders from parking.

Some of the side road junctions will also be covered to deal with the effects of displaced parking.

Chief Inspector Claire Galt, of GMP’s Oldham division, said: “We have been working closely with the community safety partnership and have had to commit significant resources to this area, particularly since the easing of lockdown, in response to the dangerous ways that some visitors have been parking their cars, which in turn causes risk to other road users and pedestrians.

“We want people to be able to enjoy our beautiful, open spaces, but it’s important that they do so in a responsible way that doesn’t cause harm to others.

“We have endeavoured to engage with people and educate them on the risks and have used cones and posters to act as a deterrent. But unfortunately, some people still continue to park dangerously, leaving us no other option than to issue fixed penalty notices.”

Ten fire engines from local stations attended a blaze above the reservoir on Tuesday, with extra crews drafted in from the fire services in Lancashire and West Yorkshire.

“Services are already stretched due to the coronavirus and sadly this fire was the last thing anyone needed,” he said.

Last year the council introduced a Public Spaces Protection Order banning fires and barbecues on the moors following a number of blazes over the last few years.

Last weekend five people from outside the borough were given £100 fixed penalty notices after they were found with barbecuing equipment.