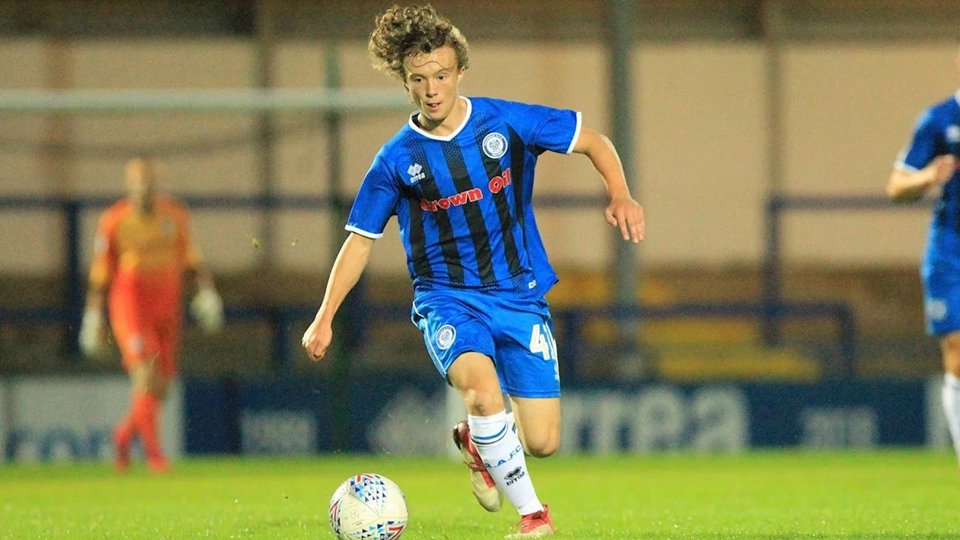 Just a month after collecting his GCSE results, Rochdale youngster Luke Matheson scored a stunning volley as his side took Manchester United to penalties in their League Cup third round tie last night.

Mason Greenwood put United ahead but Matheson smashed home a famous equaliser 14 minutes from time for it to go to penalties.

The hosts eventually scraped through 5-3 on spot kicks at Old Trafford, but it was a night to remember for the 16 year old.

Matheson missed sixth form to play in the game and afterwards said he'd be back to reality with a bang this morning.

He says: " It was a special, special night for me, the payers, the coaching staff and the fans.

"I don't think I can sum it up.  The feeling in the dressing room was surreal afterwards.

"Something I've never experienced before and I don't think I will experience again.

"My opponents my opponent, it doesn't matter if they're in an under 16's game or playing against United at Old Trafford, I'll just do the best I can."

Rochdale earned a standing ovation from the 5,500 travelling supporters that had gone to see them play.

Matheson collected his GCSE results from Trinity C of E High School in Fallowfield last month. He got 10 in all, including an 8 in PE, which will be beneficial if his football career does not work out.

"I think it was a very, very successful night for all of our players."