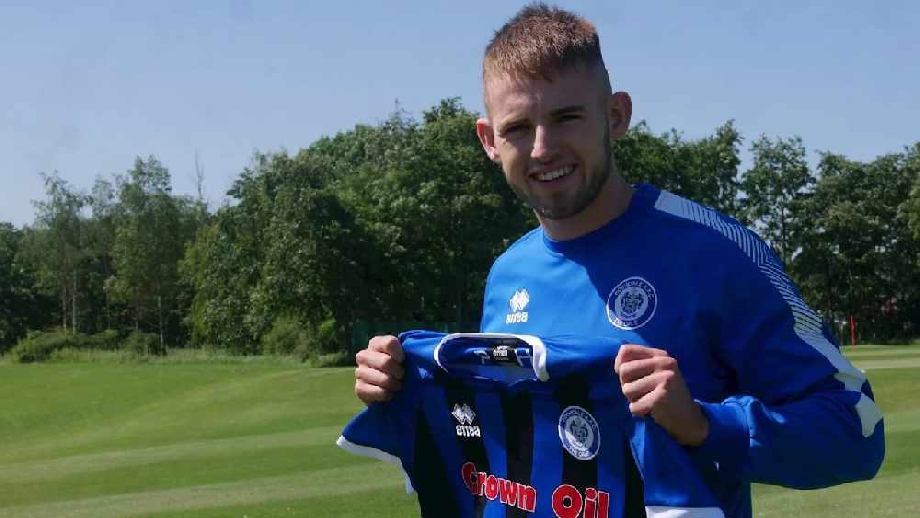 With weeks to go until the start of the season Rochdale have boosted their defensive cover by signing Rhys Norrington-Davies on a season long loan deal from Sheffield United.

The highly rated 20-year old left-back began his career at Swansea City before joining the newly promoted Premier League side during the summer of 2017.

The Wales under-21 international spent last season on loan at non-league Barrow, making 28 appearances for the National League side.

Speaking to the club’s official website, Norrington-Davies said: “It has been a long process to get to this point, but now that it has been confirmed, I’m delighted.

“The lads are a great bunch, as is the Gaffer. I’ve had a couple of training sessions with the squad now and I know what it’s about and what the Gaffer wants from me.”

Manager Brian Barry-Murphy added: “The left-back position has been a priority this summer. We felt that while we develop our own younger left-backs within the club, it was imperative that we had a player who is capable of coming in and making us a stronger team. We feel as though Rhys is that player.

“Rhys is a player that we know very well and that we’ve monitored for a period of time. He is a very energetic and vibrant player. He’s got an appetite for the game, and he attacks and defends in equal level of intensity and focus. He brings something different to the squad and complements the other members of our squad.”