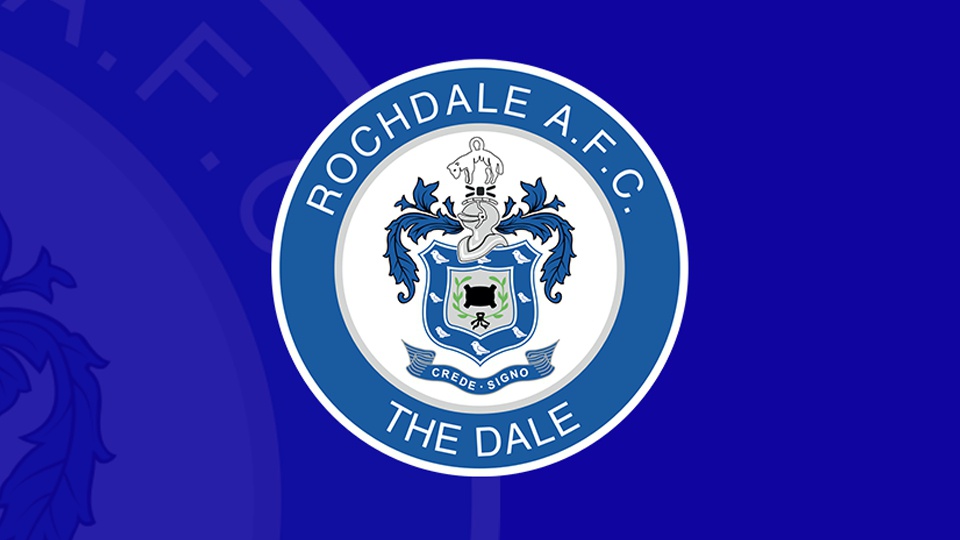 Brian Barry-Murphy was delighted with Rochdale's performance on Saturday as they managed a 2 - 1 win over Accrington Stanley.

Ian Henderson scored both the goals.

Barry Murphy said the team had put in a tough performance and a different type of performance.

“I am so proud of the players and how they found a way to win against a team who are equally as determined, know their skill, and fought all the way to the end.

“It was a great occasion – one of those derbies you want to be involved in, and obviously more so when you come out on the winning side.

“At 2-0, I thought if we could retain and control the ball for good periods, we could add to the score line.

“They managed to score a brilliant goal which put them right back in the game.

“We defended with our bodies with great courage and our goalkeeper made a number of key saves.

“It is a brilliant win for us.”

Henderson’s goals either side of half-time ensured Barry-Murphy’s side could hold out for the eventual victory.

And following on from a similar brace last weekend, the manager has praised his attacker’s clinical edge.

He added: “From my time at the Club, he has always been pretty prolific.

“We didn’t create many chances, but those ones we did, he more or less took them.

“We had certain spells where we were in control of the game, unlike last week against AFC Wimbledon where we created lots of chances and didn’t take them.

“The lads were clinical in a different type of performance. A performance we produced at the end of last season.

“Now we are looking to build on those with a bit more control and run a sequence of results together.

“Matty Done and Eoghan O’Connell rushed themselves back to try and help the team, which is a testament to them.

“The chance to bring in Paul McShane was a chance we couldn’t turn down because of the type of guy he is.

“Eoghan and him were equally as good. That is something we are hoping to develop and make him into the player we think he can be.

“It has helped us massively in helping to introduce the younger players into the team at the right time, which is the main thing.”