Revenge in the air as Morecambe head to town 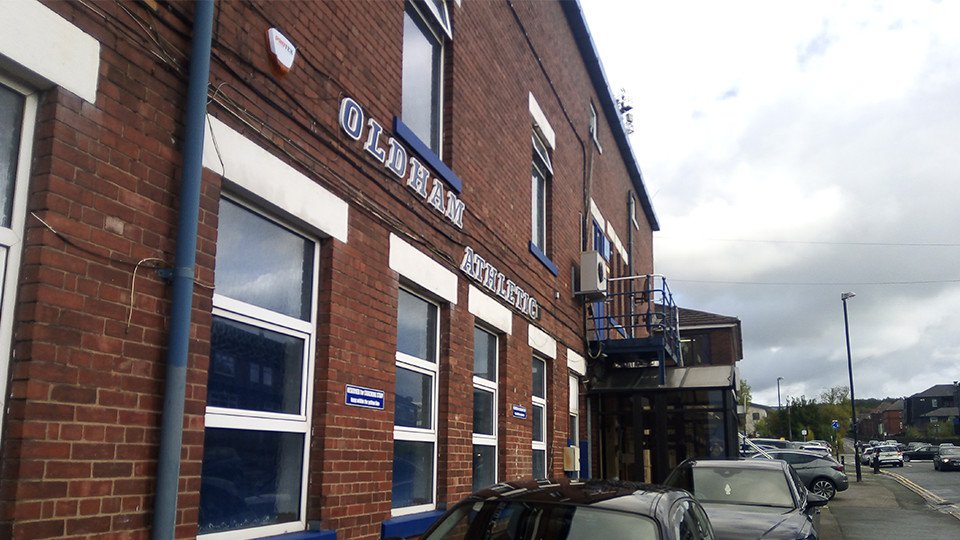 Harry Kewell has challenged his Latics players to be more ruthless as they bid to grab their first League Two win of the season tomorrow when in-form Morecambe head to Boundary Park.

The Shrimps, under their experienced boss Derek Adams, are flying high in second place in the table having won three of their four league games so far.

Latics, meanwhile, kicked off with three straight defeats before impressing much more last weekend in a thrilling 3-3 draw at Colchester United.

Kewell and his players are more than ready for tomorrow's challenge, and there is also a hint of a revenge bid in the air after Latics were dumped out of the League Cup at Morecambe on September 15.

Looking ahead to the game, Kewell said: "The result we had there in the Carabao Cup gives us a little bit more incentive.

"I thought it was a fair game when we played Morecambe there.

"We gifted them a goal and yes, they created one or two other chances, but we'd done enough to have got something out of the game.

"I'm excited about the game, and the players are, but we can't take them for granted.

"Derek has got them working very hard, they're very compact and they drop in deep to make things difficult for the opposition to play through them.

"I know what Derek's going to bring, but it is about us and I know how I want my team to play.

"That's with no fear, and if we do that, we'll have a chance.

"The league table doesn't lie, though, we all know that, and we just haven't been ruthless enough so far.

"We've played good enough football at times, but we need to take more of our chances.

"I am expecting more from my players.

"The drive is certainly there - we just need to piece together a few more things so we get that feel-good factor week in, week out."

Kewell is looking for the spark of a victory tomorrow to hand his team lift-off.

"Every point is crucial, and we want to pick as many up as possible," added the Latics boss.

"We have felt a little bit hard done by so far, and that's not through lack of effort, more a feeling of being unlucky.

"The second-half performance at Colchester has been there, and for us to come from behind like we did was a great achievement.

"Hopefully that will help kick-start our season now, and we can slowly build up a little bit of momentum.

"We want to keep building that solid foundation, a foundation that will help us put proper performances together week in, week out."

Defender Andrea Badan (hamstring) is the only injury doubt for Kewell ahead of the weekend.

Meanwhile, Kewell has revealed that he is still hopeful of drafting in 'one or two' more new players before the domestic transfer window closes next Friday (October 16).