LATICS: 'Moment of Madness' in 6-1 defeat 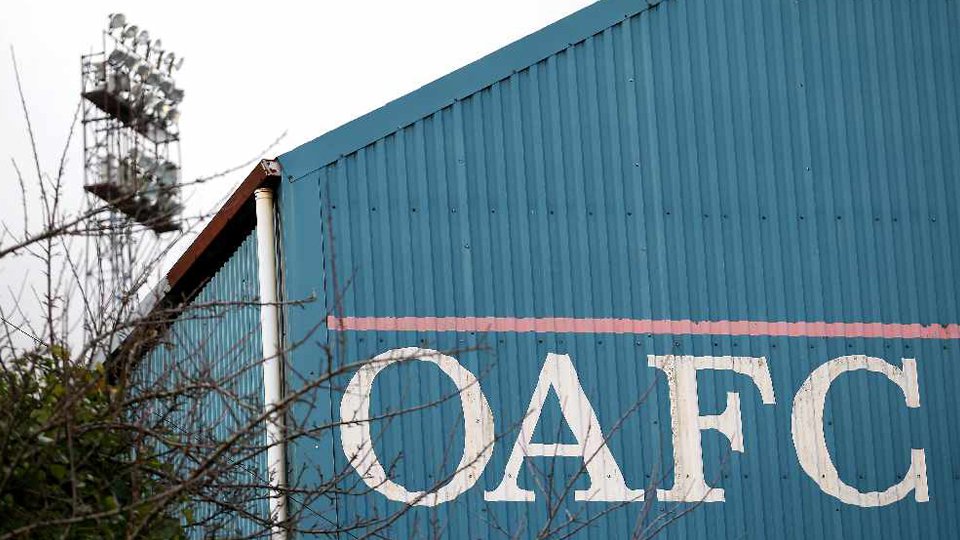 Oldham boss Dino Maamria bemoaned a "moment of madness" after his side had two players sent off for reckless challenges. against Mansfield Town, that occurred in the same passage of play and then went on to lose 6-1.

The Latics were 2-0 down when Tomas Egert and Filipe Morais were both dismissed in the 37th minute.

An already-booked Morais went in late on Neal Bishop, whose pass reached Mal Benning as the referee initially played an advantage, and Egert slid in a second later with a woeful challenge on Benning for a straight red, while Morais received his second yellow.

"To have two players sent off so early is always going to lead to a heavy scoreline," Maamria said.

"The red cards were bemusing to say the least. I hope the referee will look back on that and get questioned because it is a huge decision.

"The moment of madness has changed the game."

Mansfield manager John Dempster added: "I wasn't pleased with the straight-red tackle and I think the second yellow was a second yellow.

"It was a bit of a bizarre situation and you don't often see that. But I think the referee handled it well.

"People will look at the result and see there were two sending-offs, but make no mistake we were outstanding when it was 11 versus 11."

Maynard had already netted twice when the Latics had two men sent off in that quite sensational 37th minute, and the Stags then turned the screw.

Mansfield's early dominance had been rewarded when Maynard headed home a superb Kellan Gordon cross from five yards out.

He made it 2-0 three minutes later, this time tapping home from close range after Otis Khan had got to the left by-line and drilled the ball across the face of goal.

But after the double sending off, an error by goalkeeper Conrad Logan flapping at a cross gifted the nine men a goal after 43 minutes.

Tom Hamer tucked the loose ball away to reduce the deficit but - moments later - Maynard raced away onto a Conor Shaughnessy through-ball in stoppage time and rounded the goalkeeper to complete his hat-trick on the stroke of half-time.

After 56 minutes, a soft low cross from Benning somehow eluded defence and keeper and rolled into the net off Oldham defender David Wheater as Mansfield extended their advantage before a home breakaway saw Maynard set up Dapo Afolayan to roll home a fifth.

Oldham's misery continued as substitute Dylan Fage was carried off on a stretcher before teenage substitute Jimmy Knowles bagged his first league goal with a cool penalty after Hamer had brought down Afolayan with six minutes remaining.