Latics come from behind to earn point against fellow-strugglers 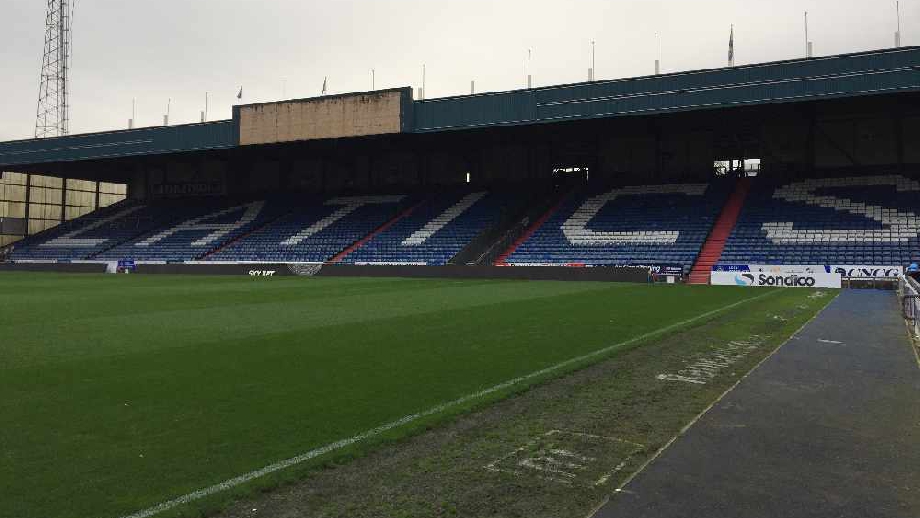 Oldham Athletic came from behind to earn a point against Carlisle at Boundary Park.

The result kept Latics three points ahead of their opponents - and seven points above the solitary relegation position.

Jonny Smith scored his fifth in the league this term to secure a point in a 1-1 draw on Saturday.

Latics had started the brighter, with a Christian N'Guessan effort blocked outside the box and a Danny Rowe strike just the wrong side of the post.

Desire Segbe Azankpo was then disappointed to see the assistant's flag raised as he slotted the ball into the net after seven minutes.

Christopher Missilou's near-post shot was pushed behind by the goalkeeper shortly after, before he also pulled off a good stop to keep out Mohamed Maouche's effort from range.

Despite the pressure from the home side, it was Carlisle who opened the scoring - as Bryon Webster nodded a Nathan Thomas cross into the net.

Carl Piergianna was close to levelling the count almost immediately, but his header from a crossed free kick was wide - it would have been his first Latics goal.

But Latics were level before half time. Jonny Smith gained possession on the right wing and drove the ball past the Carlisle goalkeeper for 1-1.

The hosts could have gone in front moments later, but Scott Wilson's low cross deflected towards the goal from Maouche - but the goalkeeper stopped it on the line.

Carlisle upped their game after the break, with Zeus de la Paz tipping a Hallam Hope effort from range around the post, before blocking Thomas's shot with his feet 10 minutes later.

If the first half was all Oldham, the second half had Carlisle fighting to take the points - Thomas slid the ball to McKirdy inside the Latics box, but the winger fired over, and de la Paz saved well from a Stefan Scougall shot from the edge of the box.

Piergianni was also on hand to block from Thomas inside the box.

Oldham weren't without their chances, too - Rowe had an effort blocked by Max Hunt and substitute Zach Dearnley stabbed the ball wide in the closing stages.