Kewell relishing the pressure ahead of League Two opener 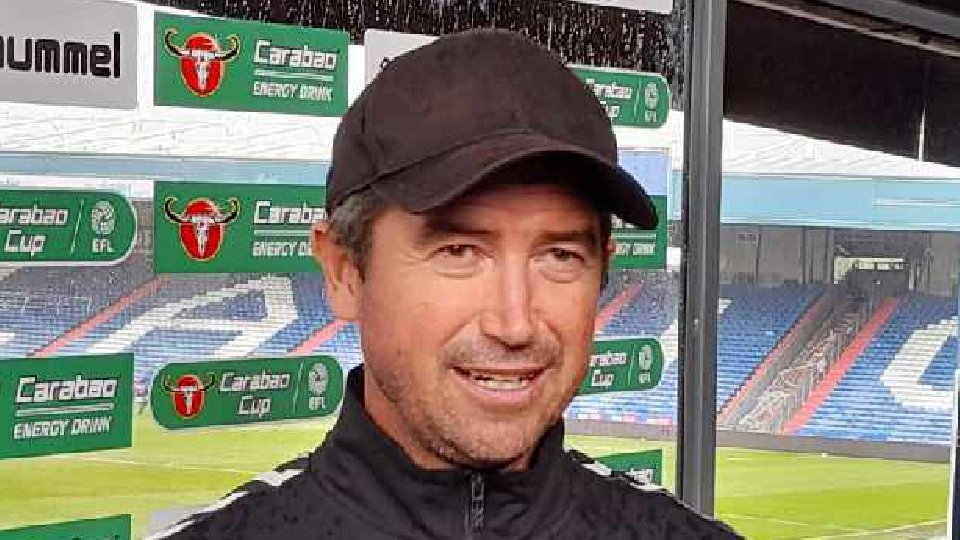 Latics head coach Harry Kewell has warned his players not to get 'lazy' or 'soft' as his new-look squad close their preparations for tomorrow's opening EFL League Two fixture of the 2020/21 season.

Latics' latest campaign got off to a flying start last Saturday thanks to a comfortable 3-0 home victory against Carlisle United in the Carabao Cup, behind closed doors or course.

It's over to the bread and butter of trying to secure vital league points tomorrow, however, with Ross Embleton's Leyton Orient heading to Boundary Park.

The O's have also made a terrific start to the new season, beating Brighton under-21s in the EFL Trophy and Forest Green in the Carabao Cup.

Kewell said: "We're excited about the first game of the season of course, but I don't think you can judge a team on the first six games of the season.

"Anything can happen, it can be a free-for-all, but I'm really looking forward to it.

"I don't mind pressure, I've lived with it my whole life as a player and a coach.

"If you're not under pressure, that means you're comfortable, you get lazy, you get soft.

"I've put pressure on the players every day in training, and they're used to that, so when they go out there tomorrow they'll be ready for it.

"It's important my team knows what I want them to get out of the game.

"It takes time for players to gel and this is a new team, it's still early days.

"Don't judge a book by its cover yet.

"It takes time to read a story and we're only on the first few chapters.

"We're prepared though, we know what's going to happen, and we're ready for what Leyton Orient are going to bring and what the season will bring.

"The start of a new league season is always exciting, and anything can happen."

The Orient clash will bring to an end another busy week of transfer activity at Latics, with Kewell having snapped up Aussie George Blackwood and Italian defender Andrea Badan.

"Bringing quality players like George and Andrea into the fold will put pressure on the other members of the squad," added Kewell.

"They now know that they've got to step up week in, week out, otherwise there's going to be someone there ready to take their position.

"Ideally as a manager you always want two quality players to cover every position because there is always someone there then to take their chance."

Meanwhile, Latics chiefs have confirmed the Early Bird season ticket pricing will now remain in place for the foreseeable future.

This is due to a mixture of fan feedback in recent weeks, as well as the uncertainty surrounding the safe return of supporters to grounds after the recent change in government advice over the last 48 hours.