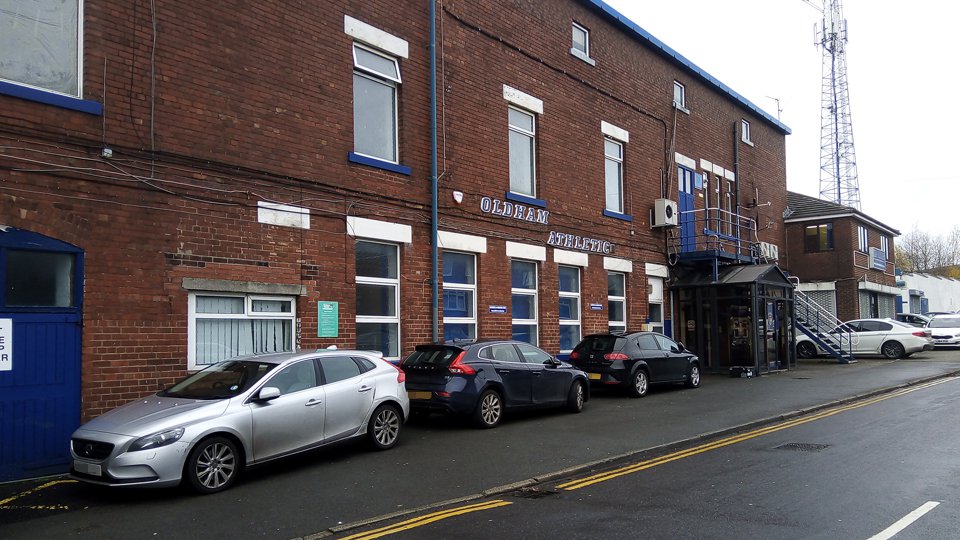 Latics' stalwart defender David Wheater has admitted he's revelling in his captain's role at the club, and he's no intention of leaving to join Bolton or anyone else.

Following plenty of speculation over the past few weeks hinting that ex-Middlesbrough star Wheater (32) could be set to return to Wanderers after only leaving them in the summer, the man himself has ruled himself out of such a move.

Wheater revealed that Bolton boss Keith Hill has enquired about his availability this month, but he still has 18 months left on his Latics contract, and he 'isn't going anywhere'.

Wheater is relishing his spell wearing the armband at Boundary Park.

He said: "I didn't ask to be the captain here, Mohammed Maouche was the skipper when I arrived.

"Clearly I'm doing something right, though, and I enjoy being the captain.

"I do try to get on with everyone, and I'm not a shouter.

"I like to try my best to keep everyone happy, and I am a good talker.

"I've played a lot of games at this level and above don't forget, and I do enjoy encouraging the young lads and helping them as best as I can as they start their careers.

"I've got lots of experience of course, so I guess that's what the manager wants.

"I've got experience and the know-how, and it's going okay so far."

The Ammies thumped Latics 4-1 over the festive period at Boundary Park, so Wheater is desperate to reverse fortunes at a packed-out Moor Lane stadium tomorrow.

"The 4-1 was a pretty terrible result," added Wheater.

"It's a big local derby for us, so all the more reason to put in a good performance for all our travelling fans.

"We need to put the New Year right."

Midfielder Chris McCann is still unavailable tomorrow due to injury, while Salford loan defender Carl Piergianni and striker Emmanuel Dieseruvwe are ineligible to play against their parent club.