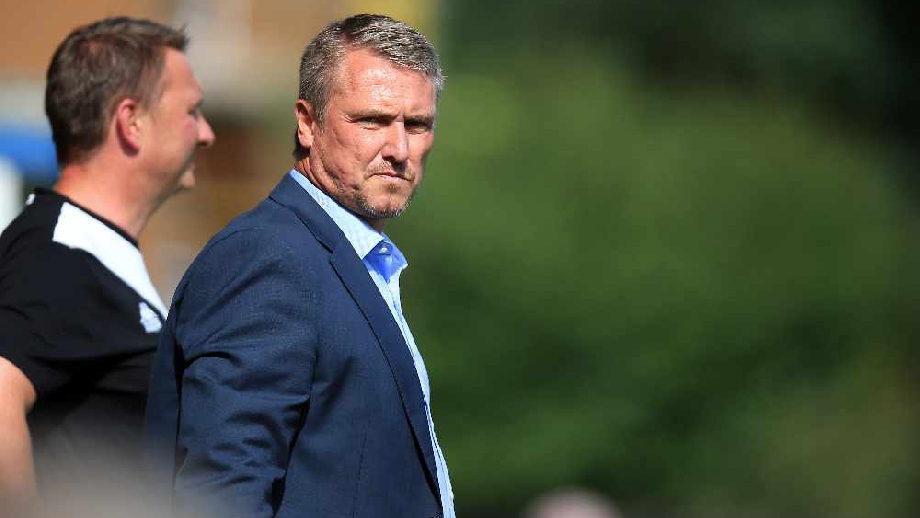 Searches are continuing for the next person to take over at Oldham Athletic with a number of names said to be in the frame from former England international Sol Campbell to Owen Coyle and former Rotherham United manager Steve Evans.

But Revolution News has learned that one name in the hat is former Huddersfield Town manager Lee Clark who’s put his CV and application in to bosses at Boundary Park.

Latics owner Abdallah Lemsagam is understood to be taking stock before deciding on who will be next in the Oldham Athletic hot seat, his fifth full-time manager since buying the club in January 2018.

If given the role, Clark would arrive at Boundary Park having had nearly two years out of the game since he was sacked as manager of Bury, leaving Gigg Lane in October 2017 with the club second bottom of League One.

Prior to that the 46-year old had enjoyed a playing career which saw him make 217 appearances for Newcastle United during two stints. He also played for Sunderland and Fulham during a career as a professional which started in 1990 and ended in 2006.

Since retiring from the game, he went into management in 2008, spending four years at Huddersfield Town including helping them to third place in League One in 2010-2011, including a record 25-game unbeaten run in the league.

The terriers also claimed the longest unbeaten run in a domestic regular season the following year when they went 43 games without losing.

After being sacked at Huddersfield Town in 2012 he then moved to Birmingham City but was dismissed two years later.

He then appeared in Blackpool’s dugout but resigned in 2015 following the club’s relegation to League One.

Less than a year later he returned to the job at Bury before being sacked in October 2017.

Clark is currently on the list of those going for the job with the bookies, however he is considered an outsider at 25/1.