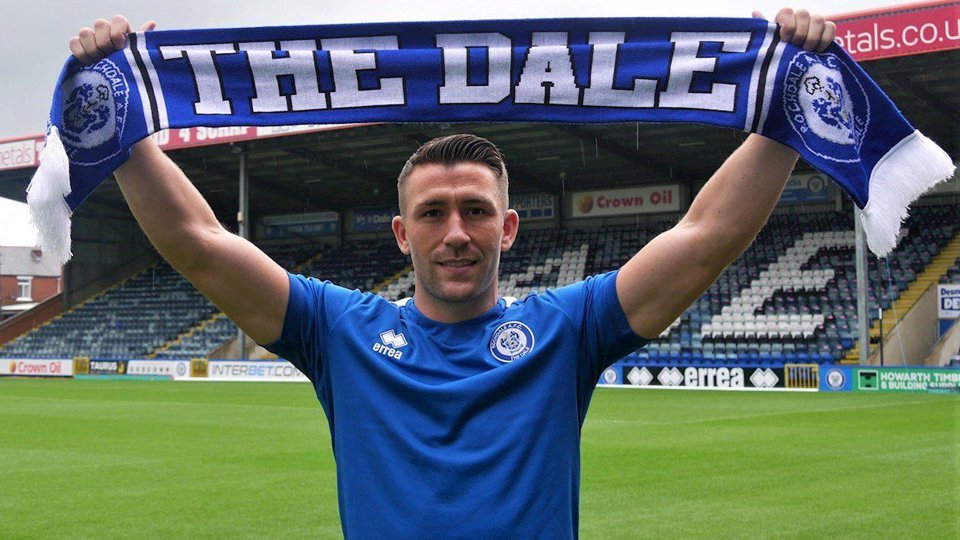 He came through the ranks at Manchester United, has also spent time at Bolton Wanderers and Accrington Stanley during his career.

The majority of his appearances have come during successful spells at Salford City and AFC Fylde. He has most recently spent two seasons at the Coasters and was offered a new deal by the National League side this summer but turned it down to pursue opportunities in the EFL.

“I’m delighted to have joined the club on a two-year deal,” said Lynch after putting pen to paper.

“At this stage of my career, it was the right time for me to make the step up from the National League to league football.

“I’ve trained with the group for a couple of weeks now and I have loved the place and the people since I’ve been here. There is a good group of players at the club.

Manager Brian Barry-Murphy commented: “I felt that I had a responsibility to implement a clear long-term plan for the future of the club, and Jay offers us that in every capacity.

“He has been in training with the group for a while. I wasn’t able to make a commitment to him early on in that training period, but the way it’s developed, he has been so impressive in everything he has done, that it’s something I couldn’t let pass. I think I would have had a lot of regrets if I had.

“It’s the right move for the club and it gives us a definite plan going forward with what we’re going to look like in our goalkeeping department.”

He has chosen squad number 12.