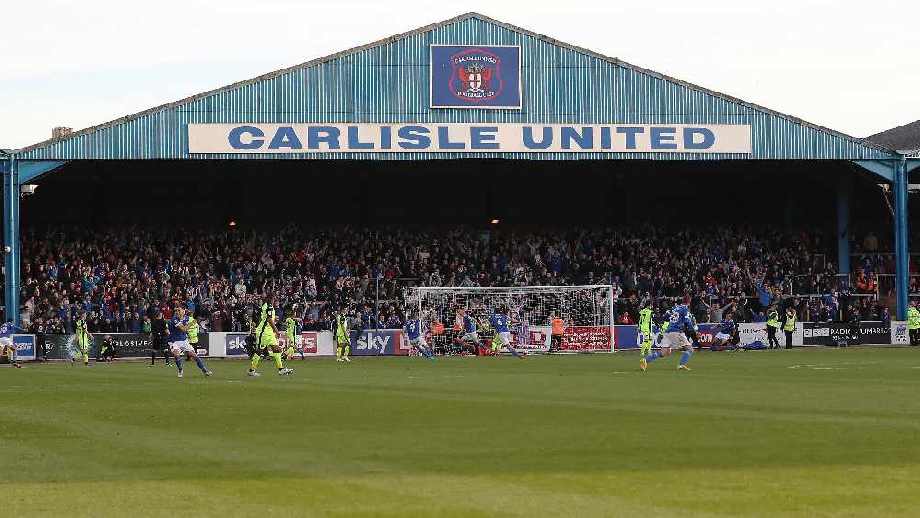 It proved to be a Boxing Day to forget for Oldham Athletic and their 500-plus travelling army of fans as their team were thumped 6-0 at John Sheridan’s Carlisle.

The Cumbrians, who also featured former Athletic skipper Anthony Gerrard in their team, ran riot as the visitors slipped down to 12th in the League Two table.

Carlisle took a 2-0 half-time lead through goals from Hallam Hope and Jerry Yates, then added four more in the second half with strikes from Ashley Nadesan, Danny Grainger, Gary Liddle and a second for Rotherham loan man Yates.

Sheridan’s side made up for a slow start when they went ahead in the 18th minute as, after a smart one-two with Jack Sowerby, Nadesan's shot came out to Hope and he squeezed the ball home at the far post.

The home side had a second goal on the half hour when Athletic ‘keeper Daniel Iversen punched Jamie Devitt's shot in the direction of Hope who squared the ball back to Yates and he forced in his third goal in three games from close range.

Athletic missed a great chance to pull one back in first-half added time when Chris O'Grady spooned over the crossbar with just goalkeeper Adam Collin to beat.

And Carlisle had to weather early second-half pressure before going further ahead on the hour mark with a diving header by Nadesan from Hope's cross.

Grainger made it 4-0 four minutes later with a 30-yard free-kick, before Yates grabbed his second in the 71st minute, beating Iversen in a one-on-one situation after a lightning breakaway.

Gary Liddle rounded off his 100th appearance for Carlisle with a header in stoppage time.

Athletic will be desperate to bounce back on Saturday when they travel to Port Vale.